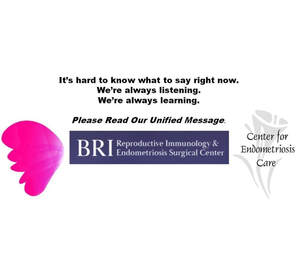 As leaders among our worldwide – yet so closely knit – endometriosis community, we recognize the importance now more than ever of upholding our shared commitment towards fostering a welcoming, supportive and inclusive space for all. We are so fortunate to have the privilege of providing care to a beautifully diverse patient population between us, one comprised of individuals from every race, religion and background from around the globe. We have come together to stand steadfast in solidarity with our patients against hatred, violence, injustice and racism.

Unfortunately, the history of racial and socioeconomic bias associated with endometriosis is a long and deeply troubling one, particularly among the Black community. Although we have evolved to a slightly better understanding of the disease over the past century, the early implications of endometriosis as a condition of only ‘affluent white women who have delayed childbearing’ have led to an enduring view that the disease rarely affects individuals of color and specifically people of African descent. In fact, among African-Americans in the United States, endometriosis is one of the most common indications for major gynecological surgery and hysterectomy, and is associated with long hospitalization and high hospital charges (Kyama et al., 2007). Race and ethnicity are also associated with hysterectomy rate, route and complications, with Black women more likely to undergo the procedure than white women overall (Jacoby et al., 2010;202(6):514-521).

Such bias stems largely from the early works of Dr Joseph Meigs, a prominent Boston gynecologist who linked the disease to delayed pregnancy among white, middle-class women in the late 1930s – based on conclusions drawn solely from his almost exclusively white patient population. These assertions were echoed in perpetuity by his later colleagues, confounding disease research and treatment for decades. As Bougie et al. wrote, “...it followed that endometriosis would be rare among nonwhite women. Implicit in this formulation was the racist assumption that women of color were less civilized than their white counterparts and therefore less susceptible to the stress of modern life” (Bougie et al. 2019). It was not until much later when accomplished physician Donald L. Chatman, MD challenged such prevailing assertions, correctly calling out diagnostic bias in which Black patients were subjected to their symptoms being overwhelmingly misdiagnosed, dismissed and incorrectly attributed to pelvic inflammatory disease (PID) and other conditions. Admonishing his peers to “strive to eliminate any residual prejudicial diagnostic posture with reference to pelvic inflammatory disease,” he called for “routine rectovaginal examinations and diagnostic use of Laparoscopy” to hasten more timely and accurate diagnoses (Chatman, 1976).

Recent works examining the beliefs associated with racial bias in pain management have also revealed that some people in both the lay and medical communities maintain false beliefs that continue to shape the way in which pain in Black people is perceived and treated. As a result, Black Americans are systematically undertreated for their pain overall (Hoffman et al., 2016). In gynecology, such disparity stems in part from the works of Dr. James Marion Sims, known as the “Father of Modern Gynecology.” Dr Sims, whose practice was deeply rooted in the slave trade, conducted gynecologic research and performed surgery on enslaved Black women without anesthesia – an abhorrent decision based on his incorrect belief that Black women didn’t experience pain the way white women did (Axelsen, 1985).

These are just a couple of historical injustices.

Endometriosis affects millions of individuals, including outside the stereotyped white, female-identified space. Though far from the only condition with a legacy of inequity – maternal mortality, infant mortality, heart disease, diabetes, cancer and many other diseases factor large as well – data shows that Black people are less likely to be believed, diagnosed and effectively treated in a timely manner. We can and must do better. While it is true that significant health disparities occur among many groups, research indicates such disparities are more likely to occur among those who are members of racial and ethnic minority groups (Department of Health & Human Services, 2011). Discriminatory practices persist at the institutional and professional levels as well, with racial, gender and cultural biases reported across the ObGyn workplace (Melville, 2018).

Racism has been declared an ongoing public health crisis, one that is perhaps amplified more so now during the current pandemic, with data demonstrating that communities of color are facing inequities in everything from a greater burden of COVID-19 cases to less access to requisite testing, treatment and care (Benjamin, 2020). The historical impact of racism continues to influence sexual and reproductive health outcomes, and these resulting health disparities must be addressed through timely research programs and treatment efforts to reduce further inequity – particularly in endometriosis. For a disease already so poorly diagnosed and managed for millions from every background, flawed and prejudicial misconceptions can lead to additional, painful challenges for many.

Together, we embrace a continuous culture of shared reflection, always listening and learning so that we may be able to best support the most marginalized among us, and our commitment to championing the health of all people within the endometriosis community has always been more than a #hashtag. It is an intrinsic part of who we are as healers, evident in our works every day as we continue to create a safe space through the dedicated care of all of our patients who entrust us with their treatment. Our collective activism remains ever-present, and we continue to initiate, participate in and represent the community across countless endeavors intended to create substantive changes in the failed standards of endometriosis care and access. We will not waver in our dedication.

Further Reading & Resources:
Endometriosis is a systemic, inflammatory disease clinically defined by the presence of endometrial-like tissue found in other areas of the body. While somewhat resembling native endometrium, the tissue is not identical.

Donald L. Chatman: A Giant in His Profession, A Pillar in His Community
https://chicagodefender.com/donald-l-chatman-a-giant-in-his-profession-a-pillar-in-his-community/

Racism, African American Women, and Their Sexual and Reproductive Health: A Review of Historical and Contemporary Evidence and Implications for Health Equity
https://stacks.cdc.gov/view/cdc/59617

Lauren Kornegay Is Using Her Struggle with Endometriosis to Create a Community for Other Black Women with the Condition
https://madamenoire.com/1064672/endometriosis-endo-black/

Why It’s Harder For People of Colour to Get Diagnosed With Endometriosis
https://www.bustle.com/p/why-its-harder-for-people-of-colour-to-get-diagnosed-with-endometriosis-16277010

I’m Black. I Have Endometriosis – and Here’s Why My Race Matters
https://www.healthline.com/health/endometriosis/endo-race-matters 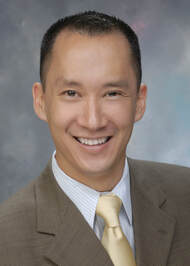 Those of us who dedicate our time to treating endometriosis frequently discuss how to reduce the time from onset to diagnosis, which is estimated to average anywhere from 4 to 11 years.1-3 In addition to patients who have never been told about endometriosis, we also see patients who have been placed on hormonal suppression for years based on their probability of having the condition.

Pregnancy and Infant Loss, Miscarriages, and Infertility: Grief and Pain should not silence you.

Statistics show 1 in 4 pregnancies miscarry and 1 in 6 couples will struggle conceiving. Despite the frequency of these challenges, needed multidisciplinary care to support those who struggle remains elusive for the majority of patients. Pregnancy loss and infertility not only take a physical toll on the body, but they also impact mental health, especially if there are underlying, chronic conditions. 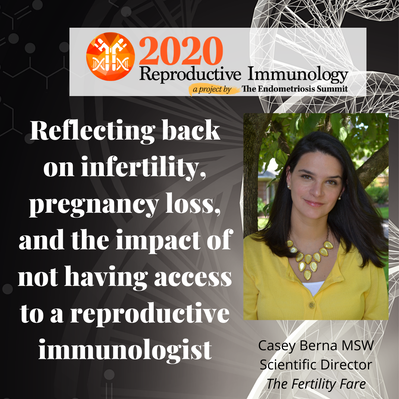 Reflecting back on infertility, pregnancy loss, and the impact of not having access to a reproductive immunologist.

​How many incomplete surgeries and rounds of “medical management” need to occur until an endometriosis patient gets a diagnosis and the expert, multidisciplinary treatment they need to improve quality of life and fertility? How many pregnancy losses does a patient have to endure for their doctor to change course?

Those of us who dedicate our time to treating endometriosis frequently discuss how to reduce the time from onset to diagnosis, which is estimated to average anywhere from 4 to 11 years.1-3 In addition to patients who have never been told about endometriosis, we also see patients who have been placed on hormonal suppression for years based on their probability of having the condition.

Pregnancy and Infant Loss, Miscarriages, and Infertility: Grief and Pain should not silence you.

Statistics show 1 in 4 pregnancies miscarry and 1 in 6 couples will struggle conceiving. Despite the frequency of these challenges, needed multidisciplinary care to support those who struggle remains elusive for the majority of patients. Pregnancy loss and infertility not only take a physical toll on the body, but they also impact mental health, especially if there are underlying, chronic conditions.

Race and Endometriosis:Exploring Myths and Misconceptions

Structural racism and implicit bias permeates many institutions throughout America, devastating the lives of African Americans. Healthcare, made of the medical institutions that reign under its umbrella, is no exception. The field of gynecology has an especially egregious history of horrific crimes of racial nature.